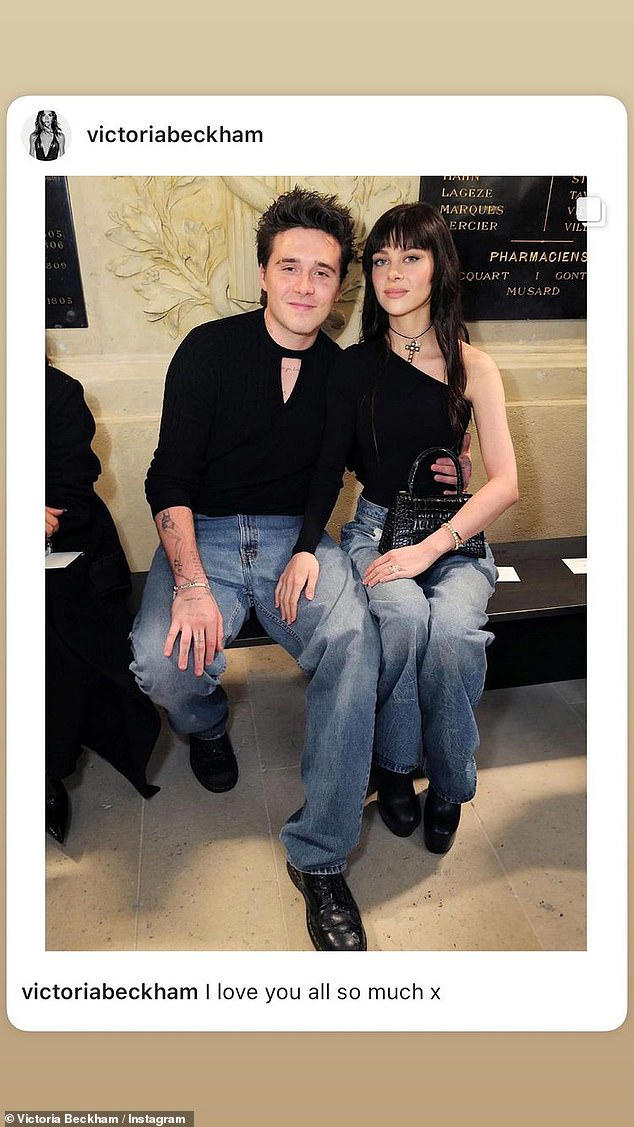 The 48-year-old fashion designer posted a photo of the pair on Instagram on Sunday along with the comment, “I love you all very much,” which Nicola then reposted.

Victoria also shared a photo of the couple with her parents, Jackie and Anthony Adams, who were obviously relieved that their relationship was once again on track.

Brooklyn and Nicola finally put an end to rumours that they had a falling out with the Spice Girls by attending Victoria’s first Paris Fashion Week show on Friday. Victoria’s adoring post showed Nicola and Brooklyn, along with other family members, attending her fashion presentation, further putting up a united face.

The couple smiled as they joined the rest of the Beckham family, including David Beckham, at the event in the French capital wearing matching black and denim attire.

Following rumours of a family quarrel, the family reunited as Victoria was seen talking to her son Brooklyn outside her Paris Fashion Week show while Nicola interacted with Cruz’s girlfriend Tana Holding.