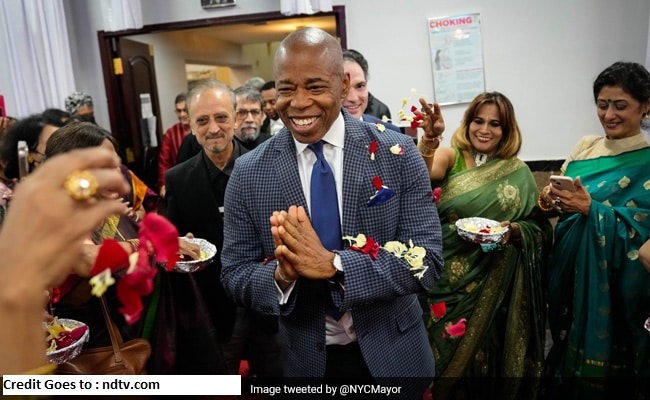 Eric Adams, the mayor of New York City, attended the city’s Durga Puja celebrations and emphasised that everyone can understand the festival’s message of good triumphing over evil during these trying times.

The festival of Durga Puja honours the victory of good over evil. In these difficult times, we can all appreciate that. What a joy and honour to join our city’s Bengali community in Queens tonight,” Eric Adams tweeted on Sunday.

Being a part of the Grand Ganesh Rathyatra at the Hindu Temple Society of North America in Flushing was such an amazing experience. Our strength is our diversity. Earlier, he had tweeted, “#GaneshTempleStreet.