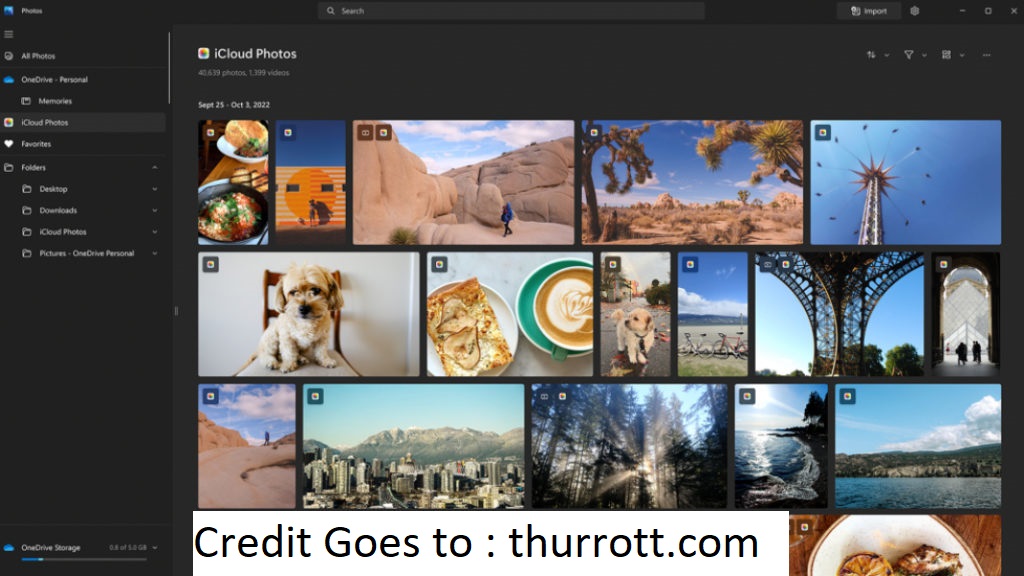 It appears that Microsoft is making some progress in its efforts to persuade Apple to allow for the integration of more Apple services and apps with Windows.

Microsoft is adding support for iCloud Photos to the Windows 11 Photos app, which suggests that the two companies have entered into some sort of partnership. The Apple Music and Apple TV applications will eventually be available in the Microsoft Store, according to a separate announcement made by Microsoft on October 12.

Mik Chernomordikov, Group Program Manager for Worldwide Partner and Developer Ecosystem on Windows, tweeted during the live-streamed Microsoft event, “Excited on our partnership with Apple to bring great experiences for iPhone users to Windows and Xbox – with iCloud integration in Photos app, Apple Music & Apple TV coming to the Microsoft Store.”

On October 12, Microsoft held its Fall Surface event, showcasing a number of products and services that had already been leaked. New Surface devices, accessories, and a sneak peek at Microsoft Designer, the organization’s newest graphic-design tool, were also presented. However, a few intriguing Apple collaboration documents hadn’t been made public until today.

According to Microsoft representatives, an update for the Windows 11 Photos app will start to be distributed to Windows Insider testers in the Dev channel today. Testers will be able to add and access iCloud photographs directly from the Microsoft Photos app thanks to this update (2022.31100.9001.0). Insiders must sign into the iCloud for Windows app on their PCs and choose Photos in order to test this. In the “All Photos” gallery view and on a separate page that can be accessed from the side navigation pane, their iCloud photos will be displayed alongside images from other sources.

Apple Music is already accessible on Xbox, but according to executives at today’s Surface presentation, the programme will also be available on PCs sometime next year through the Microsoft Store. Additionally, they stated that the Apple TV app would be available on the Store in 2023, but they provided no other information or timetable beyond that.

Regarding the addition of iMessage support to Windows 11, Microsoft has nothing to say. Microsoft’s Phone Link service, created to make it easier for users of Android phones and iPhones to connect with their Windows PCs, offers very little iOS support (most agree that this is because Apple has a walled garden strategy). A lot of people had been waiting for a word from Microsoft on when, how, and whether it would support Windows 11 running on Apple silicon Macs.