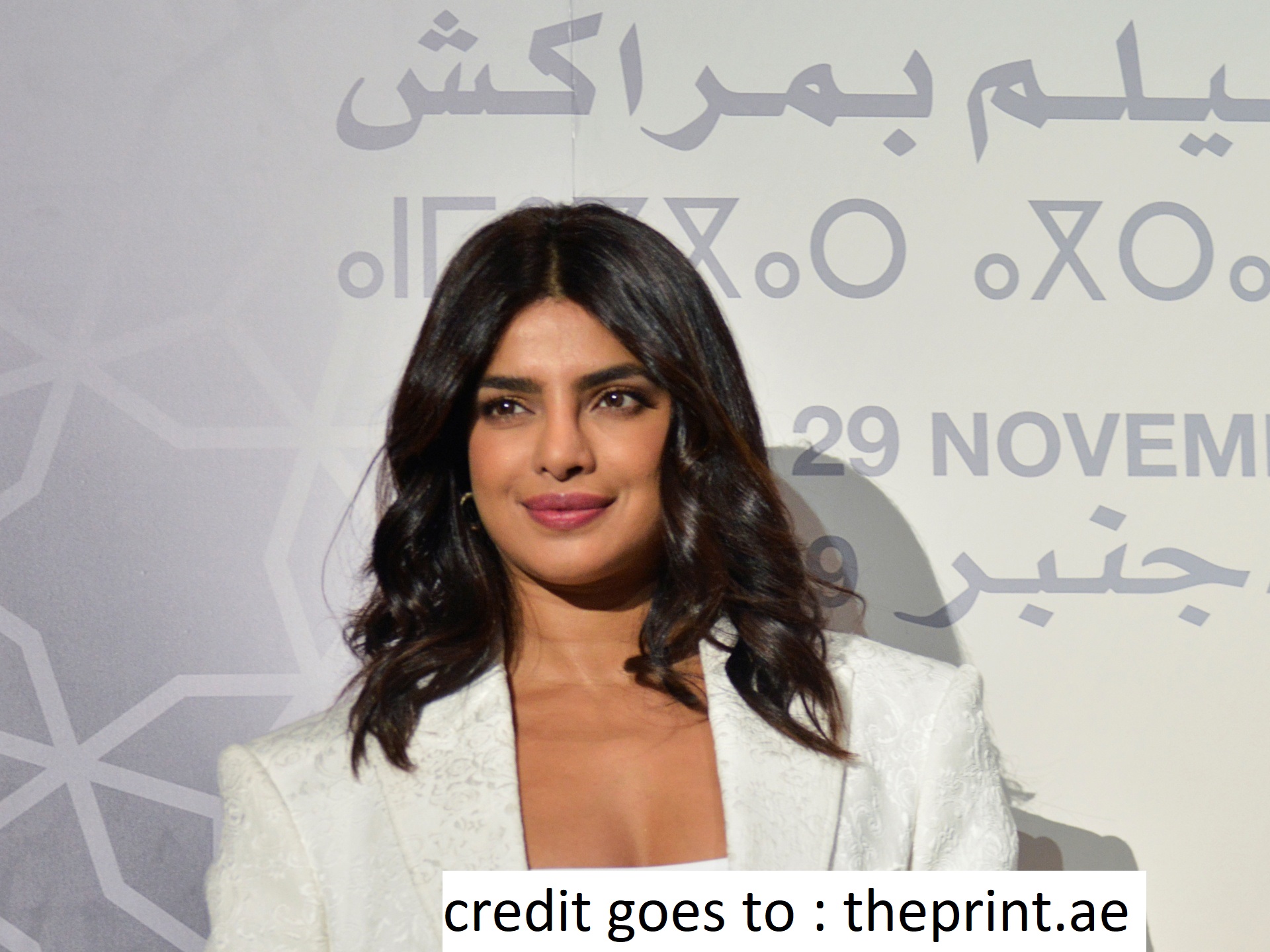 Leading Indian actress and UN goodwill ambassador accused of being “hypocritical” for criticising Iran while remaining silent on domestic issues.

Priyanka Chopra, an Indian actress and UN goodwill ambassador, has come under fire for her decision to speak out against Mahsa Amini’s death in custody while remaining silent on domestic women’s issues.

The 40-year-old Bollywood singer, who is currently based in the United States, stated last week that she was in “awe” of the women who have been defiantly protesting the regime in Iran, a country with a majority of Muslims.

The voices that finally speak after long periods of coerced quiet should erupt like a volcano. She stated this on Instagram, where she has more than 82 million followers. “And they will not, and MUST not, be stemmed.

Following the murder of Amini, 22, who had been arrested for wearing a “improper hijab,” dozens of Iranian women took to the streets to protest the government, rip off their hijabs, and chop off their hair in sympathy. Nearly a month of protests is said to have resulted in the deaths of dozens of protestors and security personnel.

“I am amazed by your bravery and your motivation. It is difficult to take an actual life-threatening risk to oppose the patriarchal system and defend your rights. However, you are strong women who do this every day at your own expense, Chopra added.

However, critics have charged Chopra, who was named a UNICEF goodwill ambassador in 2016, with “selective indignation” and “double standards” for failing to speak out for India’s Muslim women, who have been subjected to abuse because they wear a hijab.

A poet and activist from the nation’s capital, New Delhi, Nabiya Khan, told Al Jazeera that she anticipated hearing from an Indian celebrity about the discrimination against minorities in her own country. “They have the power to act and the voice to speak, but they choose to remain silent. When anything happens abroad, Indian celebrities are quick to weigh in, which is understandable if they weren’t ignoring domestic issues, the expert claimed.

As a result of the Hindu right-wing government’s prohibition on the hijab in educational institutions, Khan said that thousands of Muslim women in the southern state of Karnataka are unable to attend schools and universities and that this has “outlawed their faith.”Priyanka Chopra, a so-called champion of women’s emancipation, “somehow doesn’t grab the eye of it,” Khan said Al Jazeera.

Such individuals not only ignore the discrimination against minorities in their own nation but also portray India as a developed nation with no issues. This essentially equates to supporting the mistreatment of minorities in India. A number of well-known ladies in the West have recently parted with strands of hair to show support for the protesters in Iran. The same was done by a newscaster for the India Today network during her programme over the weekend. The behaviour of a news outlet that has been charged with inciting hatred towards Muslims and being controlled by the government did not amuse Muslim activists in India.

“Forget Priyanka Chopra; it is not only deceitful but also funny to see TV hosts chopping their hair in support of Iranian women. Consider claiming to care about Iranian women while working for a media organisation that calls for the blood of Muslims. Someone needs to hold up a mirror for these folks, tweeted Mirza Arif Beg.

Chopra received criticism in 2020 for supporting the Black Lives Matter demonstrations in the US when George Floyd was killed but not supporting the minority in India.

Being an Indian actor, her silence on mob lynchings in India, crimes against Muslims, Islamophobia, or when it comes to supporting movements like farmers protests, is a very obvious double standard, according to feminist and activist Kavita Krishnan. “It’s good she speaks on Black Lives Matter or Iran women’s protests but being an Indian actor, her silence on all these issues is a very glaring double standard,” Krishnan told Al Jazeera.

Chopra and her representatives were contacted by Al Jazeera for remarks, but they have not yet returned the call.

Krishnan claims that Chopra’s stance on Iran is intended to solidify her leftist credentials in Hollywood, where speaking up on such matters is customary.

“When a famous person from Hollywood discusses these topics, they are speaking out against their governments, which requires bravery. However, if you just speak up on matters that affect other nations and don’t tell it like it is to your own government, you aren’t being courageous—instead, you’re just going along with certain trends that don’t cost you anything.